It is not yet a reality but it is very quickly becoming a strong probability.

DataEase for DOS is so far the biggest success story in DataEase, and a testimony to this is that out of the more than 3 million installations of this famous old software, several hundred thousands are operational to this day. 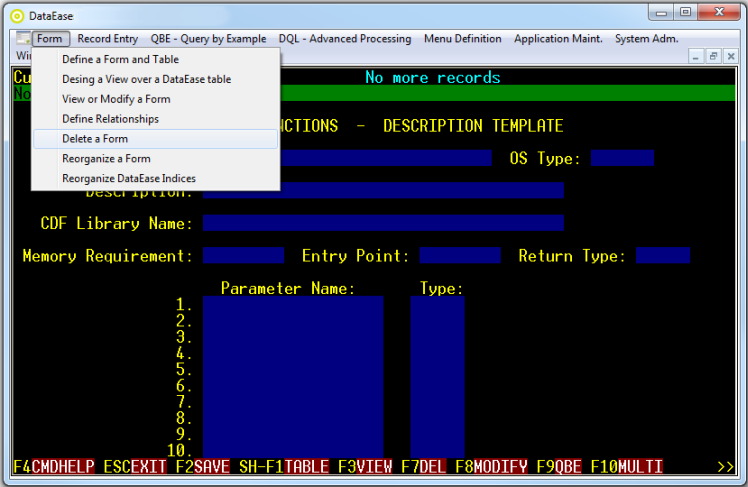 Our problem is that we lost interest in them because since they resisted to follow the upgrade path they stopped generating revenue. We did a stint to fix Y2K, and after that nothing... They obviously also lost interest in us... The new management is all formed of old DFD dogs so the sympathy for this part of our heritage is now strong. As part of our new-found strategy of inclusion, we have already developed and will soon launch a new version of DataEase for Windows 6, called LegEasy 6 Windows. Obviously a name that no-one will ever use, as it will forever be known as 6.53. But what we will really want to do is something that we believe should have been done many, many years ago - to publish a proper Windows version of DataEase for DOS. A lot of people love the efficiency of a character based system so why should we stop them from using it? All the LegEasy versions are simply new versions of Legacy versions of DataEase where the focus is on compatibility, when at the same time the environment will be fully contemporary running flawlessly in Windows 7 and soon 8. We also focus on making them look contemporary which to be honest has been a big drawback in both 6.52 and DFD. Our problem is that we can only make a new version of this esteemed old product if there is a real demand for it. We think and believe there is, but we need to get it confirmed. We have created a FaceBook page for DataEase for DOS. Just support this and get everyone you know that uses DFD to support it. If the support is overwhelming, which we think it will be, we will create and publish a spanking new version for YOU!

DG3 is not an upgrade! It wasn't even created as an upgrade migration path for existing DataEase users. With DG3 the idea of DataEase has been re-invented. All the DFD versions are just evolutions of the same product. DataEase for Windows is what it is,...

DG3 is not an open source product but it is an open product. So what is the difference? DataEase has always been a "closed" product. The only way you could ever influence its behaviour was through CDFs and not many people ever ventured down that path.... 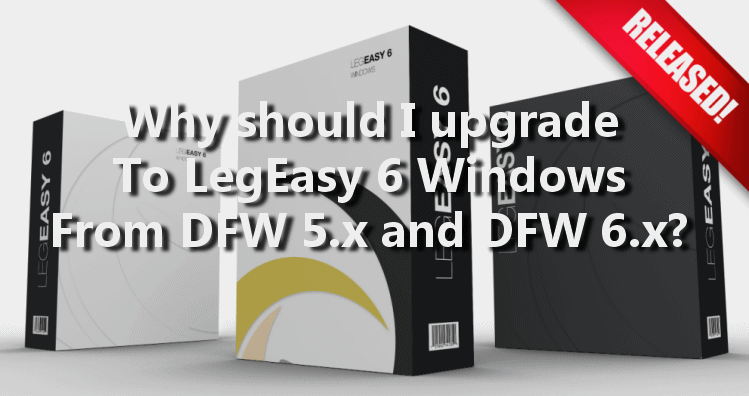 Our users have asked us why they should upgrade to LegEasy 6 Windows? Is it simply because it will run under WIndows 7, or is there any other reason? It is obvious that to be able to run your application under the current version of Windows is important,... 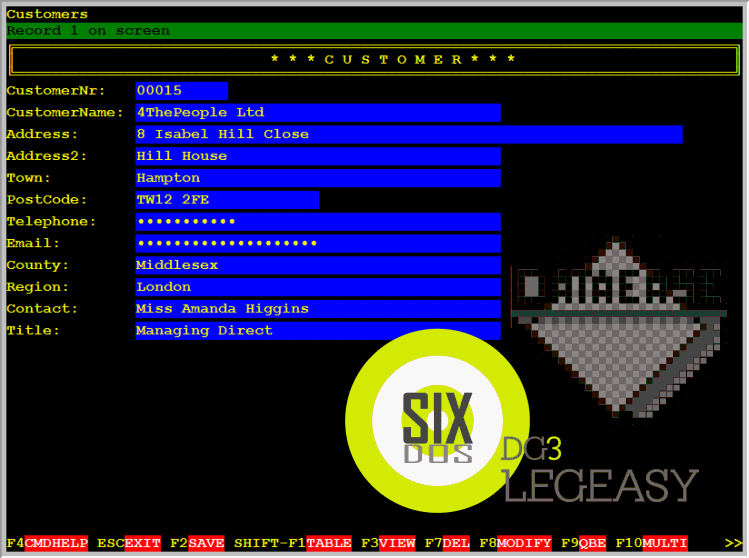 Dear Legacy user. Please find a little teaser on the upcoming LegEasy release. You will then be able to port your DFD app to DG3 and use it independently of DOS, DosBox etc. You will run your DFD apps in a browser window, and you can run it remotely i...