There has been a  lot of aggravation and mistrust directed towards DataEase from its user base over the last years and to be honest it is deserved. After 20 years of promises that was almost  never delivered it will take hard work to get people to trust in what we say!

My team and I was not around for those 20 years, we were actually on the outside throwing Molotov Cocktails in through the windows. We could never understand why DataEase couldn't see what everyone else that used or had used DataEase saw and simply fix/add it.

Obviously they never could and never did, but now we do!

None of the people in charge of the "disaster" is involved in DataEase any more  and I can assure you that the people that are is building DataEase along the lines that made it such a great product. What made DataEase great is not the fact that it was character based or that it was DOS etc.  but it was the fact that it always had the answer on "its lips" when you were ready to ask the question.

Someone  describe it as " typing in the program and receiving program suggestions while typing" but that is just a small part of it. DataEase for DOS  just felt right! It just felt solid! You simply trusted it!

I have this relationship to two products. DataEase for DOS and Volvo. In DataEase for DOS I always knew that whatever customers or the world threw at me I would be able to do it and when I had it would run forever.

I have invariably had Volvo since my first car and as they are mostly thoroughly boring and ugly I have strayed to Jaguars/Alfa/Fiat/Porches but every time I do that I immediately regret it and buy another Volvo. The Volvo run forever and when it develop a fault I can schedule it in my diary for next year to maybe have a look at it, and when I fix it, it is easy and logical and when fixed I trust it like it was new.

With all these other brands I feel like walking on thin ice. One mistake and you are stranded out of pocket and out of options...

But there is now another product that I trust even more than these two  and that is DG3.

2. It is conversion of DFD apps to DG3 lingo.

The first bit we have already done but it is the second bit that has been put on hold. DG3 is like DFD on steroids or rather how I imagine DFD would have been today if this stupid Windows business hadn't come between "us".

All future DataEase products will follow in the lines of DFD and not DFW. It will come with interactive help, it is robust and stable, it is configurable and flexible and it can do close to anything.

DataEase 8 it is the next DataEase for Windows and we will improve/mend and amend it so it becomes a fully functional part of the DataEase family.

DataEase 8 is already the Present and it is a great Windows development environment, but we want it to me more, much more! When DataEase 8 Report is ready, you will get "old style" DQL and QBF with new style presentation etc.

DataEase 8 Reporter is reporting on a PRISM 8 database, but it is not built on nor a part of DataEase for Windows.

So when we put LegEasy DOS on hold we didn't put the re-introduction of the proper DataEase ways on hold, we simply put the conversions of old apps to DG3 on hold.

DataEase is back and we are here to stay!

All the best, and Happy New Year! 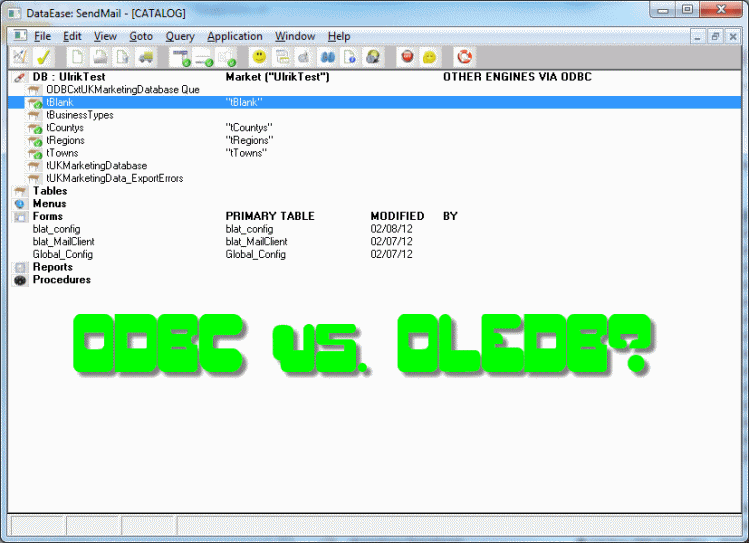 With every new version of Microsoft Windows, there is new opportunities, new solutions, new problems and new challenges. ODBC has been around for more than 20 years now, and it is has always been a popular way to quickly access data in different databases... 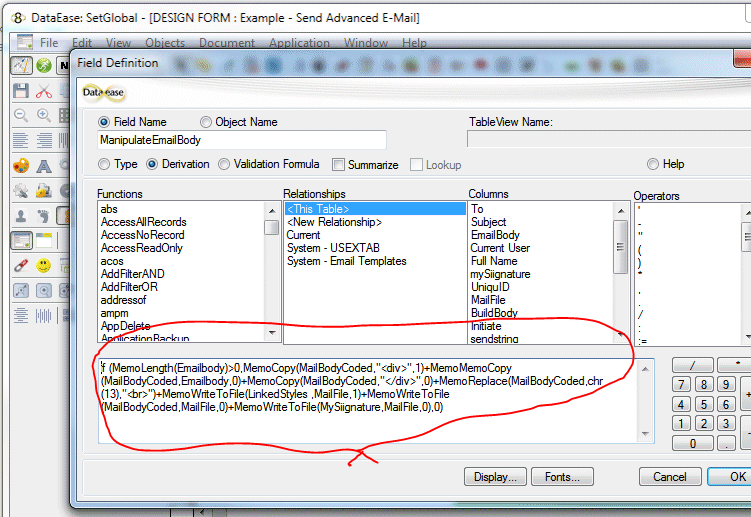 As you might have guessed. DataEase 8 is not an "upgrade", it is a completely new version of DataEase for Windows. It was time this product shook off it's parent issues and stood firmly on its own too feet. For way too long has migration/conversion/compa... 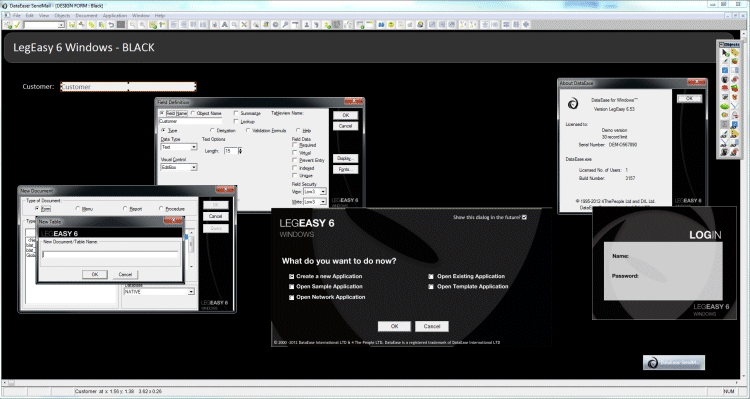 Our way or no way! That is how it used to be around here. We took our time in updating and changing the product, and when it was published, that was more or less it. If you liked it - fine, if you didn't - What are you going to do about it? Our primary g...