"The king is dead, long live the king!"

Next month will see the last delivery of LegEasy 6 Windows (6.53) and that could have been the end to our LegEasy Program but as it turns out it was just the beginning.

For those of us that remember that far back (early 90ies) it was the belief that DOS software would be gone in a couple of years, and definitely by the turn of the century.

How wrong we was. It has turned out to be very resilient event though it has been fighting an uphill battle.

The DOS box in Windows was never very good, and with passing time it just got worse and worse until x64 when you couldn't really use it for anything anymore as "ALL" DOS programs were 8 or 16 bit.

The big mistake that DataEase did was that it made a new and novel Windows version back in the 90ies without seriously considering the needs of it more than 3 million customers.

When it got close to release we took a half hearted look at "migration" when everyone really believed that the only true salvation lay in re-development.

Migration from DFD to DFW never worked. Not really!

What DataEase failed to consider was that DataEase was a living organism that evolved and produced every day so "nobody" could take the time-out it would take to migrate or re-develop their application in DFW.

DFD mostly cast one look at the then very buggy and unfinished DFW and went back to their day jobs thinking: "We will take another look when they have ironed it out and come up with a proper migration path..."

Now. 25  years later they are still waiting for us to get it right ;-) 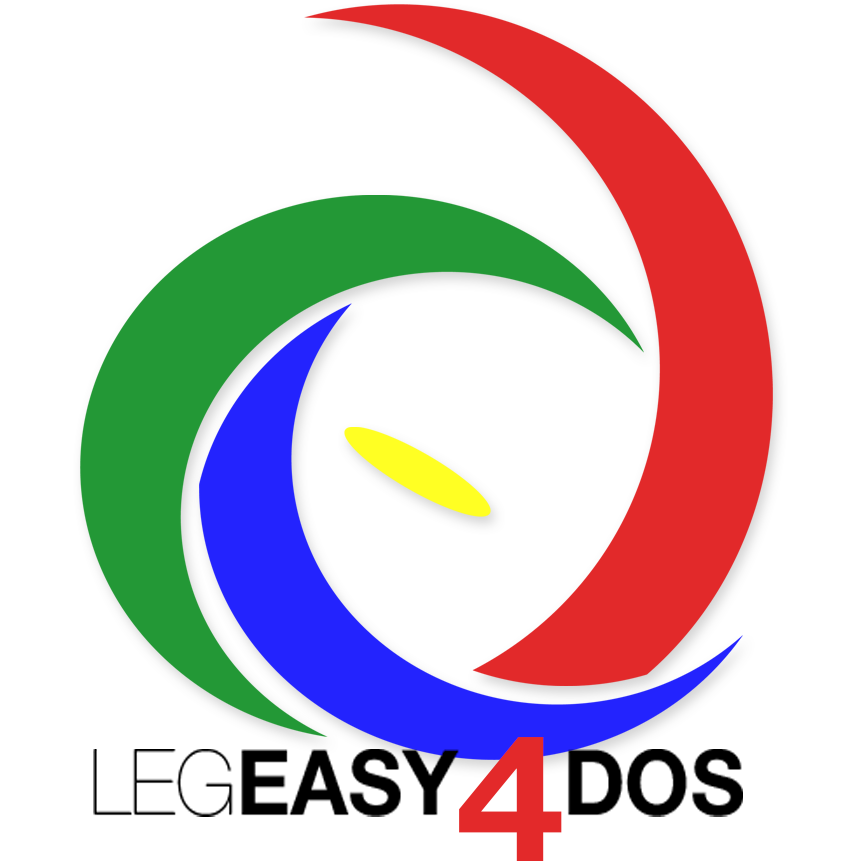 In the meantime DataEase move on too and now with a well sorted DFW that is a bliss for contemporary software development, the old problem with migration is still the same.

When we started on DE8 we decided that we would stop trying to fix the past and look to the future. If we broke DFW doing that, that would be fine but we would spend no more time fixing the past.

Strangely this was the approach needed to both fix the future and the past. By focusing on the future we put the past in perspective and as a result we could find solutions to old problems.

For instance, one problem that has been "ruining" DFW since its infancy has been its horrible window handling and it took over 25 years before anyone realised that we could simply redefine the rules instead of changing the environment and suddenly we had everything we ever wanted.

Modal dialogues on top of maximised and well turned out forms etc.

Some years ago we looked into making a new "DFD" version as part of our DG3 project. The plan was to re-create DFD functionality as a Web Service. It would have been a big job, but it was absolutely doable.

We had to give it up!

We simply didn't have the time or resources to invent in such an uncertain venture when the people was needed in developing DataEase for Tomorrow .

The final nail in the coffin was that DFD is not a "standard" product so even though we could easily develop all the mainstream parts of it we couldn't move forward its peculiarities (features to most of us) and as such the result would most likely end up as Demo/Promiseware rather than the workhorse that DFD was/is...

In the middle of all of this, the LegEasy program got second wind as to everyone's "big surprise" DFW 6.x wouldn't run at all under Windows 7 (x86 or x64) and this quickly became a big problem. We threw caution to the side and re-developed DFW 6.x in record time and released LegEasy 6 Windows in less than a month.

The approach up to then had been "upgrade", but it became very clear that for many DFW 6.x users migrating to the current release version (DataEase 7.x) was not a realistic option simply due the serious flawed decisions made when 7.x was designed.

DataEase had in many ways repeated the big blunder from DFD-DFW and developed a new version that its old users could not migrate too.

We have since fixed these problems and a combination of problems with running LegEasy 6 Windows in the latest released of WIndows together with the masses of fixes we have done in 8 to make it possible and even easy to migrate from DFW 5.x-6.x to 8.5 there is no longer any real need for LegEasy 6 Windows and it will now be put to rest.

But with limited resources and limited time we had created a best-seller that was received with both joy and gratitude from the user base and that is something that would be fun to repeat.

With our new experience and even "wisdom" from both DE8, DG3 and 6.53 we decided to take the same approach with DFD as we had with LegEasy 6 Windows. Don't re-invent the wheel...USE THE WHEEL! 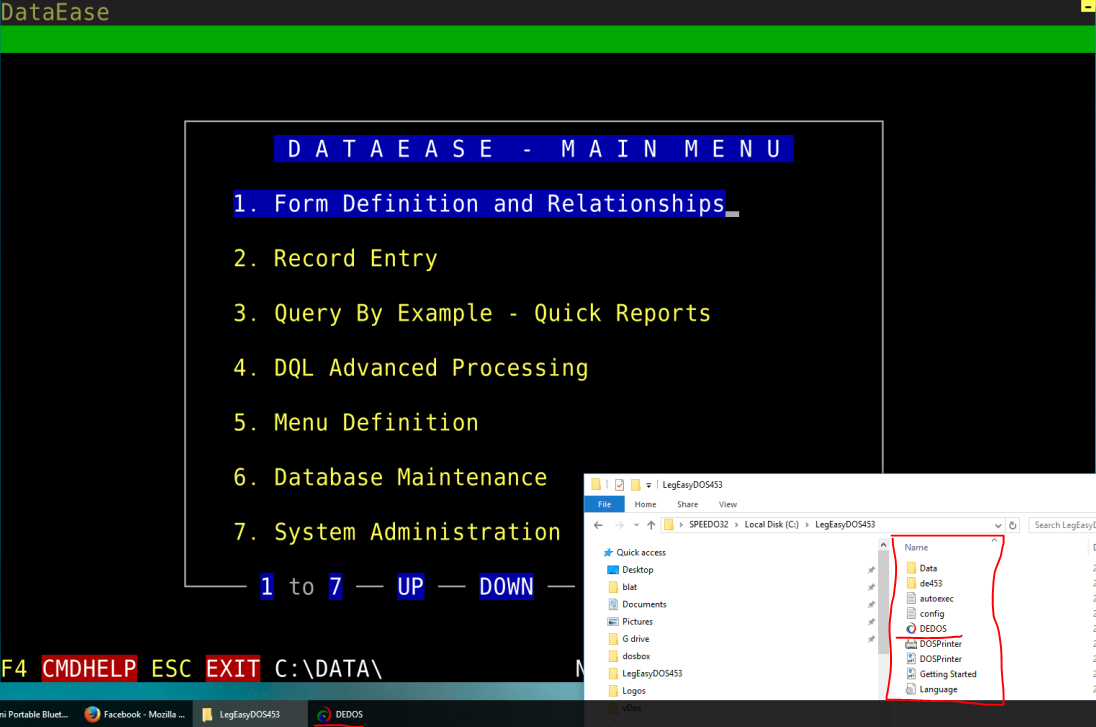 The only way we can get the DFD experience to be as it should is by using DFD so instead of redeveloping DFD we simply fix all the niggly problems with Networking, Printing. running in X64, look and feel, Daylight Saving etc...

It started with us wanting to solve the problem by running DFD as a cloud services. If we could host DFD in x86 environment our users could move to x64 etc and use the applications remotely (we are doing this too...;-).

But the existing technology for this is both awkward, expensive and to be honest and the virtualisation engines are not much better on DOS stuff than Windows.

As DFD is only a part of the new Cloud service we are working on (the main bit is DE85 onwards) we had to start looking into making special "server" versions of DE85 etc.

To make a long story shorter... One thing led to the another and suddenly we had solved the challenge we have been fighting with for so long.

The GOOD old DataEase of DOS 4.x and 5.x running "native" in WIndows 7,8,10 x64 with full Networking and Printer control.