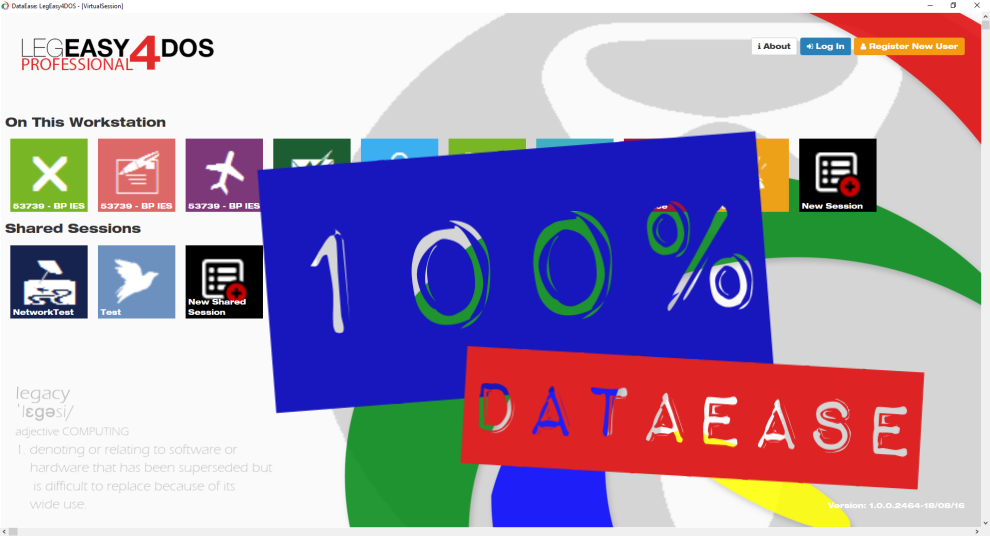 LegEasy4DOS Professional is a "pioneer" that showcase the future of DataEase.

No! The future is not retro, and the bit about it that is pioneering is not the fact that you can fun DataEase for DOS applications.

That feature is basically just how it should always have been and a catch-up with our history.

Take a closer look - The entire product is made IN DataEase following up on a "slogan" we had when we sat out to refurbish DataEase.

When you develop a product or do a big project it is very good to have a mantra or a "slogan".

When we started re-developing DataEase we where not much impressed with how DataEase had fared through the WIndows era.

DataEase for Windows was compared to DataEase for DOS a "useless" and difficult tool to work with.

If software have personality then DFD was a optimistic, hardworking and positive entrepreneur and DataEase for Windows a pigheaded, stubborn and difficult know-it-all with a PhD in Computer Science and a job in Government.

We have spent a lot of time analyzing why DFD works and DFW didn't work but we won't spend more time on that now, only on the observation that DataEase for WIndows could have worked if it was easier to change its behaviour in accordance with the feedback from customers etc.

Due to the architecture of the software it is very hard to change things which is why it looks deceptively the same in 7.2 (and 8) as it did in Express 1.0 (1992).

So our mantra became: "DataEase need to be made in DataEase!" with the understanding that DataEase both need to be developed evolutionary like a DataEase application but that is not enough - any function or functionality we need to develop to make DataEase work should also be available to you the user in your application.

And LegEasy4DOS Professional is the first software we release that 100% follow this rule.

Everything you see of functionality and methodology in LegEasy4DOS is available for you - the developer!

We are YOU - we just get to play with the features first and then to decide what the next feature or fix should be. That is the only difference.

When we can do it you will be able to do just after.

The slogan for LegEasy4DOS Professional is: "Trinity - all for one and one for all!"

There is millions if not billions of combinations that can lead up to any software solution so you need to make some "random" decisions that is going to encapsulate the idea. In L4D this was that we were going to combine all three DataEase technologies (generations) in one product because our strategy is to eliminate the boundaries between them.

So we run DFD via DFW managed by DG3.

DFD is run in a virtual world managed by an control application in DataEase for Windows that load web pages from a central website.

All data is stored centrally on a cloud server, while all execution is done locally.

In the Application we use almost every new feature in DataEase 8.5 as well as state of the art web technologies.

The way we are thinking is a little like landing on Mars.

When you install the software we have a bridgehead and after that we try to be self-sustained.

You might have seen that new features and functionality appear in L4D without you doing anything?

Obviously we can change the hosted part of the application at will as it is simply web pages read on a remote server, but it doesn't stop there...

The technology now will allow us to also to transfer data from the remote server and store it in the local installation of DataEase - everything from simple data like a country table to more advanced data like DQLs that we use to manage the sessions etc.

So where we before had to publish a new version of the software to fix a bug, we can now simply upload it when you start up the application and log on.

What you see here with LegEasy4DOS Professional is just the start and all future DataEase product will leverage the same approach because the idea is RAPID APPLICATION DEVELOPMENT which in short means that you need to be able to fix everything that doesn't work instantly if not it will remain unfixed for 20 years.

So next time you start it take a closer look and know that every time you hit a button or check a box in LegEasy4DOS you execute pure DataEase code. For instance every time you hit Save or Testrun it will rebuild the entire virtual environment for that applicaiton through a ExecDQL of more than 300 lines and you can't even feel it happen. 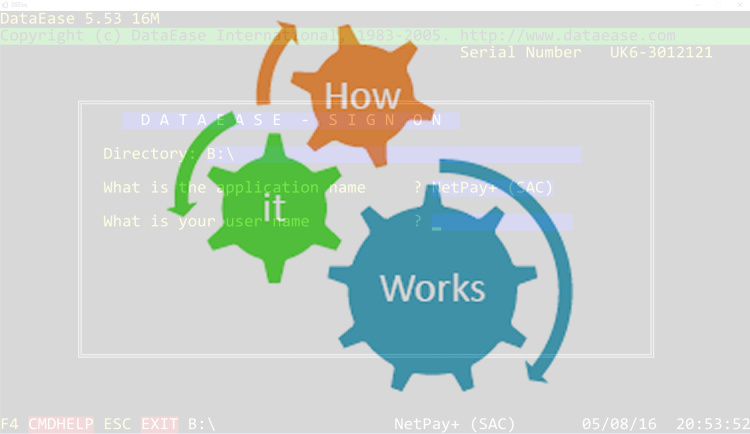 The interest in LegEasy4DOS has been "overwhelming" since we released it at the end of last week. A lot of eagerly awaiting Professional clients jumped at it and the feedback was not late to come. Most of you are overjoyed and excited by this opportunit... 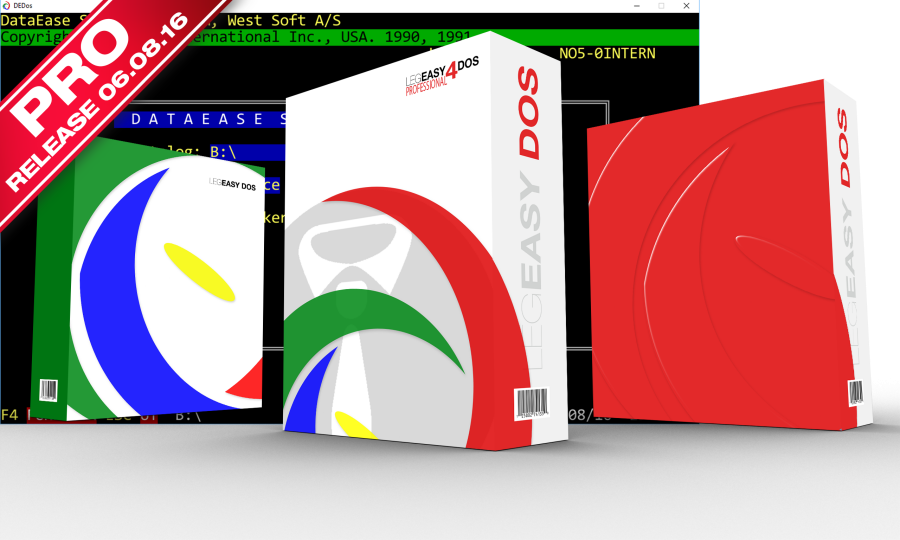