Sometimes you don?t realise the consequences of your own actions…he,he.

The fixes in 8.3 now (8.5) is much more significant than we first even hoped for.

One thing is the results you get from Quick, they are astounding, but it is a ?specialized tool? as you will have to use it to get the effect and it is designed to help you with bulk updates only. If you use it on a bulk of single step updates it will have the opposite effect…. 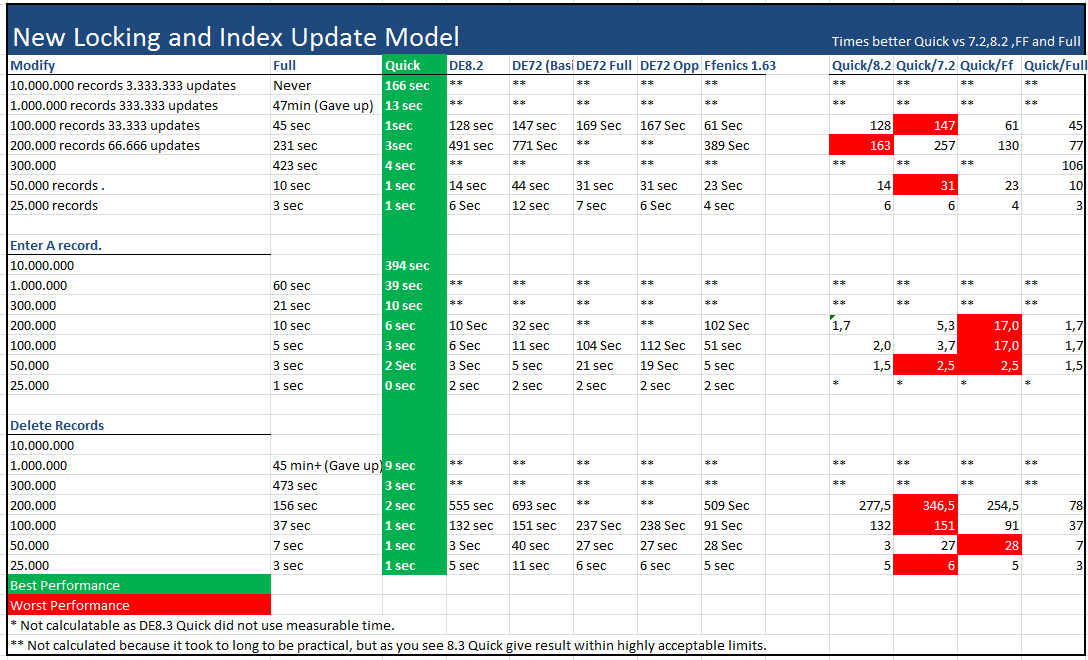 So many of these ?improvements? over the years has been on paper and theory only, so what make me really happy is the ?side effect? of this project which is improvement over 8.2 in default mode (full Single Step index update i.e. not bulk/quick) of 9.4 times on average. That is almost 10 times faster on DQL processing! (average of 150 times faster for bulk updates…..).

* DE8.5 quick is not to be used when you run single step Modify or Delete, this because it bulk update the index at the end of Query so if you repeat the query you get a repeat of the index.

Typical of something like this is a double for etc. You can of course use IndexUpdate(?Off?) and then just update the index manually at the end of the query with IndexUpdate(?TableName?) J

This is a crazy improvement of performance so we have decided to move the number to 8.5 and we ?name? it in honour of our main DE8 developer Andrey Drozdov.

Drozd or Blackbird in Russian.

Blackbird came up because we tried to put the improvement in a more understandable context.

And all these changes have direct impact on DG3 too, so imagine how important this is for US! 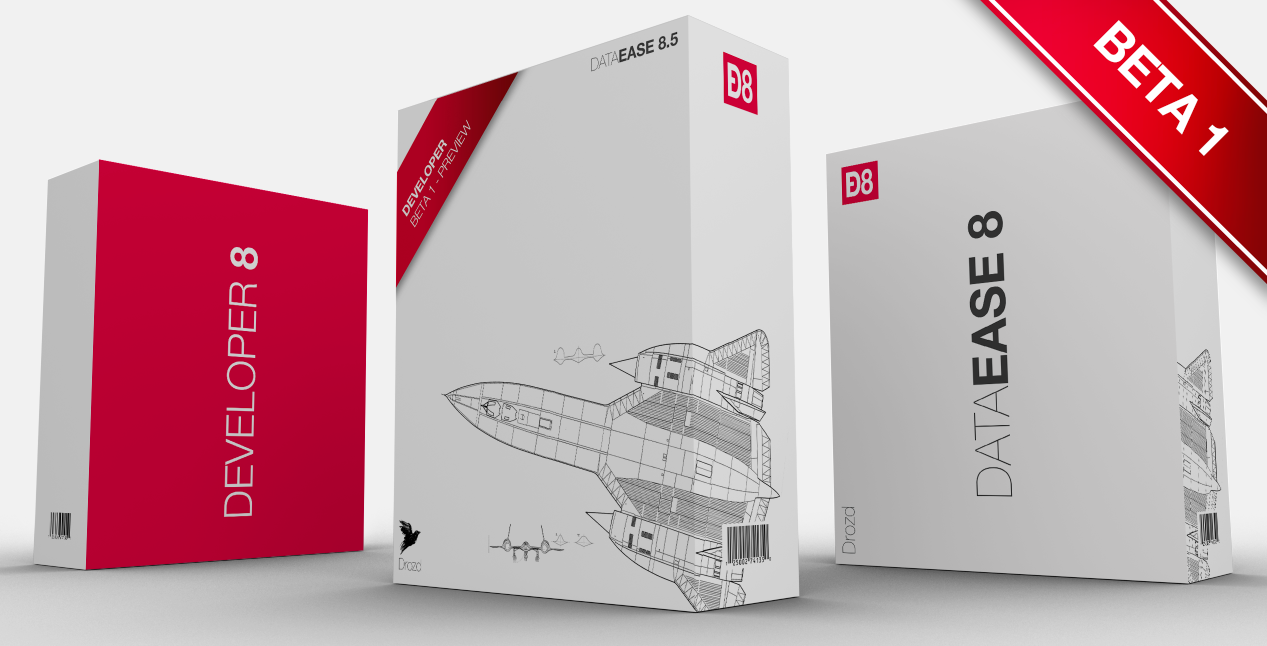 Another significant improvement is that where 8.2 and previous including Fffffenics will have incremental detrimental effect i.e. for each Update/Delete sequence the DQL will be slower and slower.


Another exciting ?improvement? that is going to be maybe as big or bigger than this is the current improvement we do in DG3/DE8.

We are building a tailor made CKeditor that will include the ability to build Web Forms in DE8 as well as using the same forms on the web, with full DE8 capability.

This will mean that DE8 developers will finally be able to take the step from DE8 onto the web without figuring out all the intrigues of DG3.

We will relase a DE8 Professional which include a developmetn server, and we will release a DE8 server which will do the web publishing/data serving as well as the Deployment Serving for maintenance/updating etc.

We have decided to take the leap from inside 8 rather than starting with a separate product as it will bridge the old and the new and give us a natural stepping stone.

So guys… it is going to be an exciting year.