DataEase 8.5 and the BETA Program.
Started by DataEase
You will need to Sign In to be able to comment on the Blog!

DataEase 8.5 and the BETA Program. 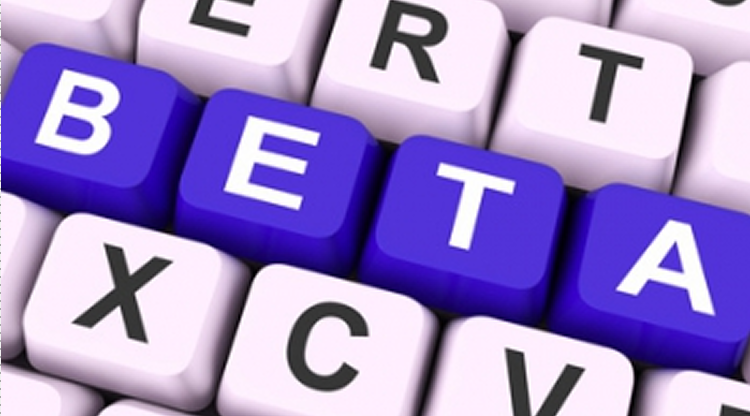 We had a lot of questions about the long beta program for DE8.5, last on the forum so it might be time with a pointer about what is going on, what we plan and why we do it like this.

As you know, Beta basically just means software that is tested out of house, rather than Alfa which is only tested in-house.

Our Beta program is a little different than most, as we have and will publish release versions of the beta throughout the program as we know you guys will use it in "production" and as long as you are happy with the functionality we don't mind.

However the reason for this extended Beta program is that we have a lot of ideas we want to include into DE8.5 and we don't want to do a full QA program until we have finished.

However, we are quite sure that the quality of each DE8.5 Full release surpass any previous DFW full release both in quality and functionality but as it is BETA beware that there might be small snags, and the "last" implemented functionality can be changed throughout the program.

For instance the new RemoteLookup() function has been changed to Remote() and we have moved the new DFD DQLRead from GetCurrent() to the new function GET().

But back to the storyline...

8.2 is the version that brought DFW up to "scratch" and as such the last of an era...

8.5 is the version where we drag DataEase up from the doldrums and into modern times and beyond.

Our main focus up to and including 8.2 was to bring the functionality for existing DFW users up to an "acceptable" level.

It is a long time since the focus of any DataEase release have been to recruit new users, but 8.5 will be the first version where the goal is NEW users, NEW Functionality and NEW Usage.

With 8.5 we want to start recruiting new users and also broaden the usage of the product.

This means that we don't only need to broaden the product (functionally) but also to start focusing on "How to get started with?" DataEase.

Development of DE8 and ultimately DE85 started "back to front". First we wanted to increase the capabilities of the product so we knew that it would be up to the "task" of developing modern applications.

Now we feel we are very close to this goal, so we turn the focus on the "educational" part.

DFW was never a easy product to get the hang of, and as the focus turned on migration and "old" customers the documentation, samples and support around the system fell "fallow".

One can think of it a little as climbing up to the roof and pull up the ladder.

We need to bring DataEase (8.5) back to the ground so people can start climbing up the ladder.

We have published many "full" versions of DE8.5 for partners/customers that want to use DE8.5 "as is", and we will soon publish a full pre-release version of DE8.5 for existing users that want to start running DE8.5 but the full release will not happen until the things mentioned above is completed.

To be honest, we are in no rush. We need to get it right more than get there soon....

PS! We are glad that you enjoy working with 8.5 and that it "reminds you of the old days" as one of the manin goals with DE8 was to make it fun to work with DataEase again.