DataEase 8.5 Launcher Introduced.
Started by DataEase
You will need to Sign In to be able to comment on the Blog! 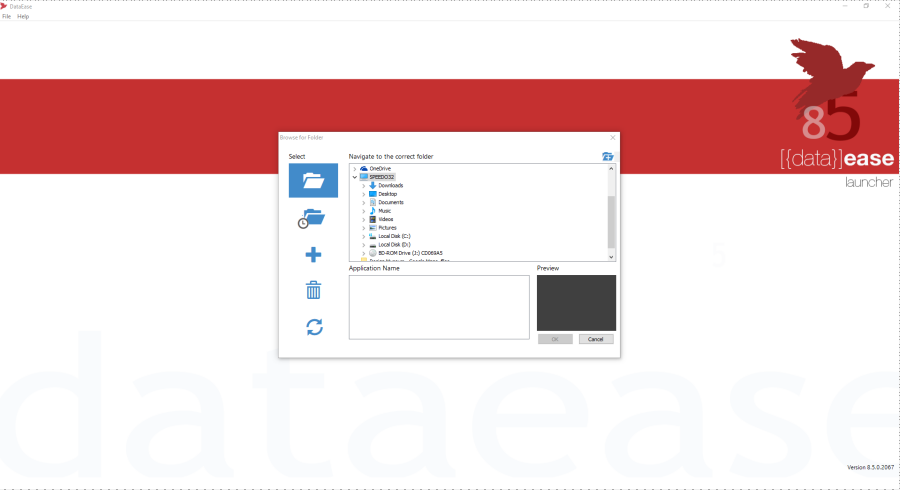 The DataEase 8 Group LICENSE that will disappear from January 1st. After January 1st we will not separate DataEase users by functionality.

DataEase is used in so many different ways in different companies, so we have decided that it will be the company that decide how many users will have Designer/Developer access and how many should only be able to use applications.

So from January 1st we convert all existing DE8 licenses to the new DataEase USER license so for customers with GROUP licenses this is great news as they will get a fully functional user for every GROUP user.

Technology wise we go the opposite direction. The current GROUP product is simply a Developer with a switch case that disable the developer part. Due to the co-existence between the designer and the runtime functionality both suffer.

We started very early in the DE8 project to separate them, for instance we removed the block from going to Design Mode if you started an application with a start-up document. This was done so developers can test applications fully without having to go in and out, and because we wanted to publish samples with functionality that would start with an instructive page rather than simply the "useless" catalogue. This way we can instruct the user on the functionality from the word "get go".

We are "releasing" the first Launcher today, but it will change radically over the next weeks/months.

For instance will you be able to run DataEase applications in Full Screen i.e withou File Menu/Toolbar/Statusbar etc.

You will also be able to install each application "separately" so it will appear to the user as a 100% independent application.

For me, this sounds like pretty much Group version. But, you are calling it launcher.

Am I wrong here?