New Feature in DE85 Player: FULL SCREEN and KIOSK Mode.
Started by DataEase
You will need to Sign In to be able to comment on the Blog! 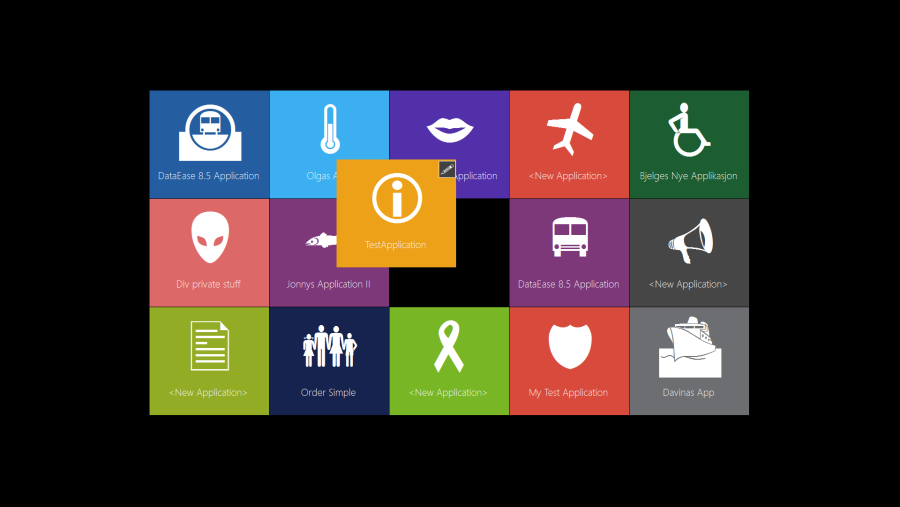 You might have realised that something is going on in the "kingdom" of DataEase and we can reveal that it is quite a lot.

In the past the Exec, Group, Runtime version of Dataease has in most ways been a poorer way to run DataEase than simply using the Full version of the product.

DataEase has been stuck in the past to long and we need to pull it out of this complacency. Just because it is how it has been done for the last 20 years, doesn't mean that is is right!

We have got some feedback that DataEase is getting too advanced and it is not "DataEasy" anymore. The truth is that it has not been "DataEasy" for a long time but that is about to change, but not at the cost of it being the best at what it does too!

Over the last "decade" we have worked on finding out what "DataEasy" interpret as in this century, and one of the realisations we made was that going backwards and simply re-implement the stuff that made DFD great would never be enough.

We had to re-invent DataEase in a modern guise, and to not repeat the mistakes of the past that meant WITH the current user base rather than leaving you behind so we decided to take a "rotten" product - DataEase 7 - and turn it into a beautiful butterfly (or a blackbird at least).

DataEase for Dos was great for its time, but we are now in a mature IT world so it is no good any more to restrict the developer and user as much as one could back then.

We have identified a lot of "weaknesses" in the old DataEase product "strategy" and we have addressed them as we have gone along but today we talk about User experience.

Yesterday we had full scree with caption and today we have proper Full Screen and even Kiosk mode in DataEase.

It is really strange but the urge to start using the product to make REAL applications with it just appeared across the board here with DataEase and the Beta testers we have been in contact with.

It turns out that the idea of loading and creating a vertical application in a restrictive and invasive framework like DataEase for Windows has been, has subconsciously limited us but when we saw the same screenshots in the Full Screen Player we immediately saw that we can now make PROPER applications to be sold Widely (especially when you combine this product with our new and revolutionary delivery and distribution model and the exciting new CO-Licensing program which will allow DataEase based applications for ANY price!...but that is another story).

Gone are the times when DataEase was a cumbersome and awkward additions to your Desktop, software portfolio!

Welcome to the new and sleek DataEase and no better way to do that than with a "preview" snapshot of the new Welcome Application in Kiosk mode ;-)

Soon to arrive on a computer near you.