New Release of 8.5 - Toolbars etc. now properly sorted and virtual Forms (Ver. 8.5.0.2222)
Started by DataEase
You will need to Sign In to be able to comment on the Blog! 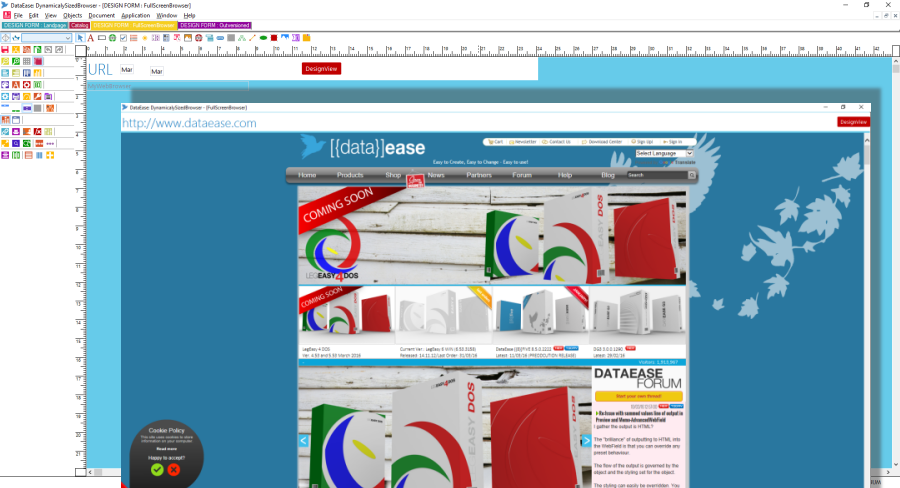 If you have been using the later releases of DataEase 8.5 and experimented with switching on/off toolbars/tabbars etc you might have experiences some peculiar behaviour....


On of our focus areas at the moment is to make DataEase 8.5 more "logical" both as a Development environment and a Production/User environment.

It has been a mess!

DataEase fell in love with "interactivity" back in the 90ies and thought that it was what made DFD "great". It wasn't!

Interactivity or "all in one" thinking was necessary in DOS simply because you didn't have multi-tasking so you needed to quit one software to start another etc.

That stopped ages ago, so why has DataEase clung on to this idea to the detriment on everyone involved for so long?

Yes, but of course! To be able to test your application in the designer is great, and to quickly be able to switch to Runtime to check the functionality is fantastic and necessary but to such a degree muddle things up is not a great thing.

To allow DT to design what toolbars you want in RT etc. is hopeless and to allow the fact that some users wanted to use the Designer for runtime to make the Designer close to useless is equally bad.

The split in Developer and Player is just the beginning of this split, and it will be followed of pure distribution kits for packaging applications and deployment, maintenance and licensing services etc.

Our goal is to make DataEase a product of choice for Application Developers and publishers  and that means that DataEase need to "grow up".

In this version we have fixed toolbars so that you ALWAYS have all the developer toolbars/palletes in Design Time and always see your RT pages as you have configured them i.e. with or without Toolbars/Tabbars etc. 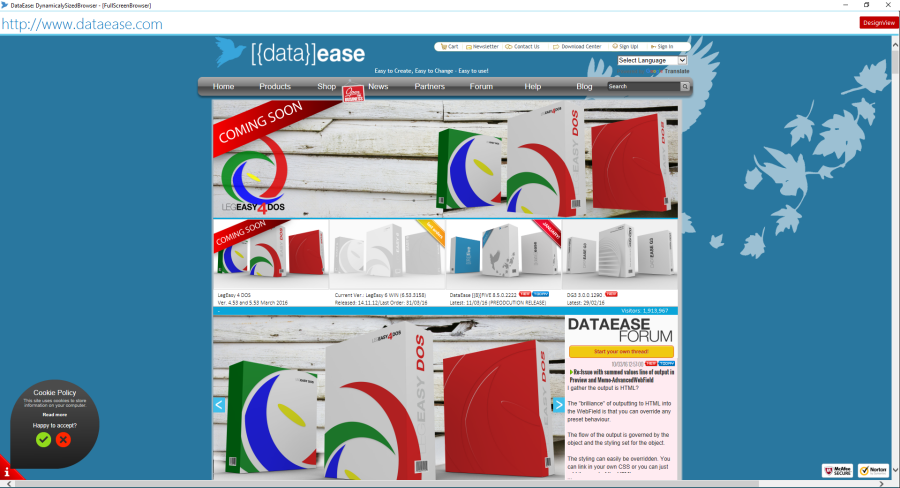 Here you see the same page in DT(TOP) and RT(BOTTOM) in the Developer. You can see that all the toolbars/tabbar/Statusbar/Pallette and Filemenu

When we switch to RT it only retain the Caption. If we now hit F4 it will revert to DT.

We have also worked on another feature for some time. Virtual forms.

We re-introduced Menus in 8.2 but that was mostly to allow migration from 6.x and before.

They were removed in 7.2 because they were "idiotic" as they are basically a very limited form.

However they have one nice feature and that is that they don't have a TDF so they stand on their own two feet.

We hare now turned them into virtual forms. which means that you can add all kinds of objects including fields and memo fields to them, but they will not save.

So what is the point?

You can put them outside your application and hence share them between applications and also use the as "programming" packages etc.

Wait and see, you will get the point...