LegEasy 4DOS Update - Network test completed a Success!
Started by DataEase
You will need to Sign In to be able to comment on the Blog! 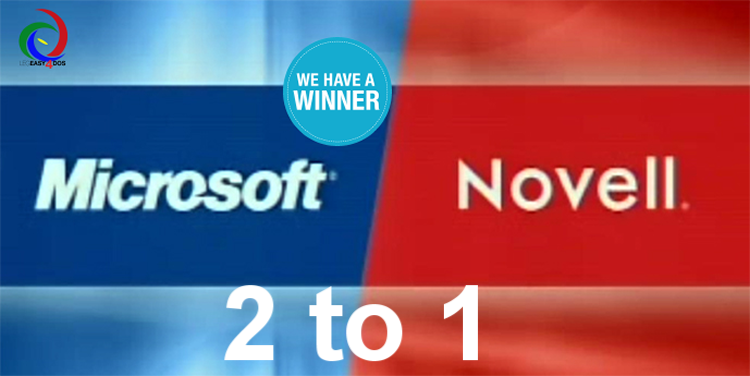 To re-launch a vintage product in a modern environment is like taking a vintage plane or car out of "mothball".

"Will it still start?"

"Will it still fly?"

Or will it simply crash and burn?

You guys out there for which this product is intended must experience this trepidation every time you start up your computer.

For us it is simply not good enough that it will start and run. As discussed with many of our pilot customers, it need to at least be as good as their current setup when it comes to speed, reliability and usability.

To be honest, a lot of you has confided that you would accept a dip in performance etc as long as you could get rid of your geriatric hardware. Simply to be able to replace broken hardware with new off the shelf without having to look on eBay for outdated XP and Novell Servers.

When taking on this task we were aware that it would not be plain sailing, and if anything it has given us a great insight into the challenges you guys have increasingly been facing over the last 20 years.

We have now concluded phase one of our real life testing and even though we went to it with sever trepidation, it went above all expectations.

Just to see the users faces when they got DFD up in full screen on their Windows 10 PCs made it all worth it.

But nice pictures is not enough. It needed to be reliable remember, it needed to handle networking and locking conditions and last but not least..... It needed to be at least as fast and responsive as the existing setup.

Our test client is running XP on top of Novell and the test environment was Windows 10 on 2008R2.

We could immediately see that responses in forms and table view was vastly increased. In forms that calculated sums and counted up records etc. in subforms it went from a slow single-step to an almost complete page load where you hardly saw the single lines in the subforms load.

Saving, Deleting and Modifying was the same so that was tick on on our form.

User experiences was vastly improved and smiles all around!

We had already agreed with this client that if big updates in network was slow we could always schedule them for night running etc on stand alone computers etc.

No need for that.

We ran several big updates/imports/exports etc. and the average performance increase was just below 100%.

We ran the updates parallel in the old (Novell/xp) and new (2008R2/Windows 10) and you could see the speed difference from the get go. The Searching message in the new just flickered on and off all the time, while in the old it was more of a leisurely affair....

The biggest update to just over 11 minutes in the new set-up and well over 21 for the old!

Yes. We will admit that the hardware might be better for the new setup than it was for the old but that is the entire point. For the old you can't find better hardware to run it on so you are stuck with what you have, but for the new one you can buy state of the art hardware to boost performance if it turns out to be a problem.

All our test so far kind of hint that it wont be though!