LegEasy 4DOS Personal FREE TRY!
Started by DataEase
You will need to Sign In to be able to comment on the Blog! 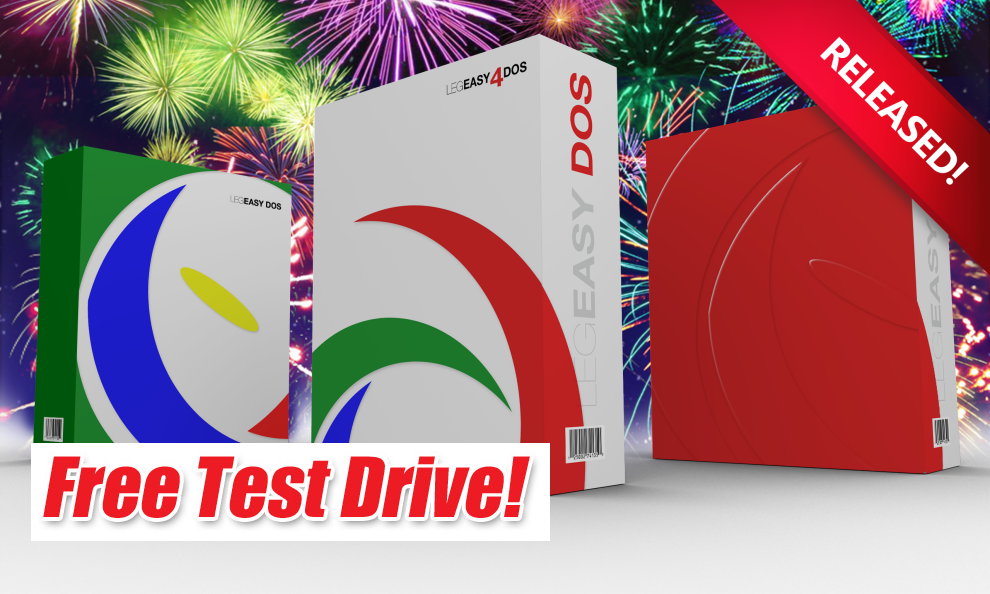 We all know that seeing is believing and a lot of you have been a little "peeved" by the fact that we haven't had a Beta program for this release.

So now is your chance. From today till Midnight on Wednesday it is a free for all to try the "All New" DataEase for DOS.

Strictly speaking there is nothing to it.

Then use this key to activate it:

Then it is all set to go.

PS!
This trial is now over. We will issue personal Trials when we publish the Full version later in July.

Window SIze and some Keyboard Shortcuts.

? [Win][Ctrl]+C copies the window to a file, opened by the default Windows program for text files.

? [Win][Ctrl]+mouse click starts selecting a rectangle block of text. Drag the mouse and release the mouse button, the selected text is now in the Window clipboard.

I am trying this out. ESC and Number keys does not seem to work. What am I doing wrong here?

This version is only for DFD 5.x, but it will migrate your DFD 4.x application.

We started with 4.53 but as the development progressed we realeased that the benefits of moving to 5.x far outweigh any presumed benefits of staying in DFD 4.53.

We will publish a 4.53 version too, if nothing else for the share novelty of having done it but our recommendation will still be to move to the 5.x version if you run multi user and intend to keep your system and integrate it with modern tools.

No. The differences between 5.16 and 5.53 is negligible and not related to the forms etc.

please help, what is wrong?

Most likely language version problems. Did you migrate from DFD german?

We will make Language versions too.

Can you ship your version to us? Maybe upload it to the forum as a hidden upload. Then we can look through it and see what is different to english.

If I get a Leg Dos Version German for 4.53 with network functionality it would bee very good also.