FINAL 8.5 with highlights like Actions Info/Alphabetical RE-Layout and improved Migration (Ver 8.5.1.2674)
Started by DataEase
You will need to Sign In to be able to comment on the Blog!

You might have thought it was a little quiet on the blog lately but rest assured that it is not down to us being idle.

We have been working on the final release of 8.5 when at the same time the work on 8.6 has been going at full blast. One of the challenges has been what to include in 8.5 and what has to be left to 8.6.

We have decided that we would not include any new concepts or features in 8.5 so all the work on DataEase Server/WebForms/New GUI etc will be pushed over in the future releases.

However, this does not mean that there is not plenty of juicy bits in 8.5 FINAL either.

We have finally gotten around to completing the documentation/status reports in DFW by including Actions (Buttons).

Application/Status/Actions
This has been sorely missed as one could not find out what is happening on buttons without looking at them one by one in the forms. 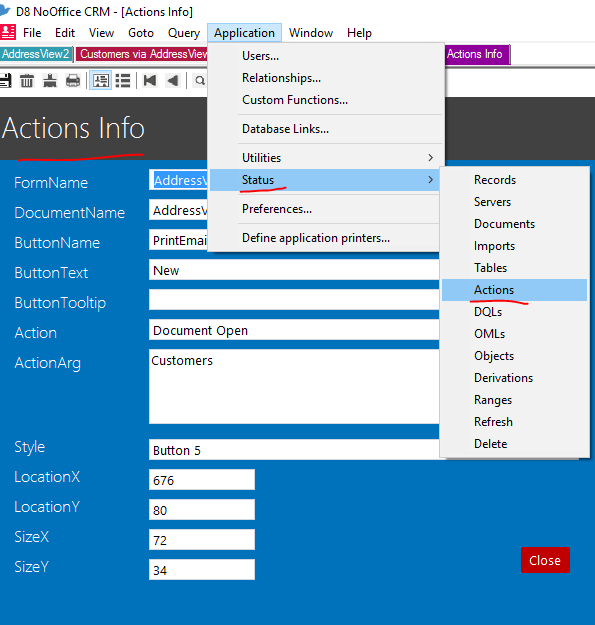 The ambition for these reports has increased a lot and we will now try to document not only the programming but also the layout and extended features of the objects. This will be fully implemented in 8.6 where the object table will have been radically enhanced to include more features for all objects like colour, font, position, size, style etc.

A lot of your (us) now has really big applications with complex forms so a lot have started to separate definition forms from user forms. However it can be a mess to find fields in the form when you are getting close to the limit of 255.

To improve this we have now added a new feature to the layout dialogue where you can choose to get the re-layout sorted alphabetical.

Many of us has started with the best of intention but ended up with cryptical forms like this:

A old style "re-layout" with field pr line will make it look neater but still it is a mess with the fields in the order they were created. 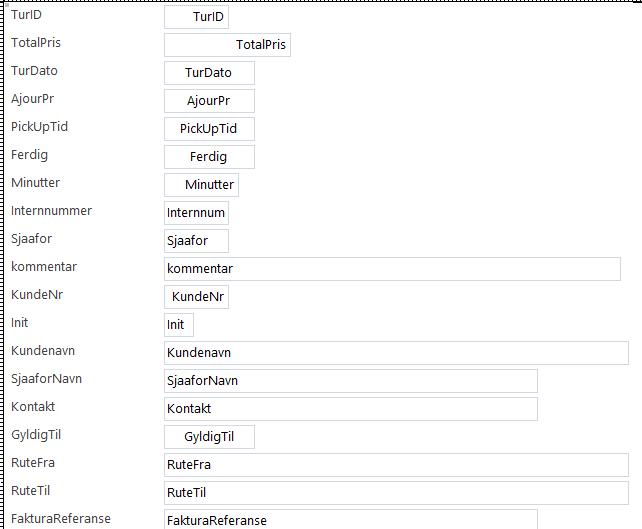 However, if you use the new feature Order Alphabetical you will get the form organized in a sensible way and it will be a breeze to find the field you are looking for. 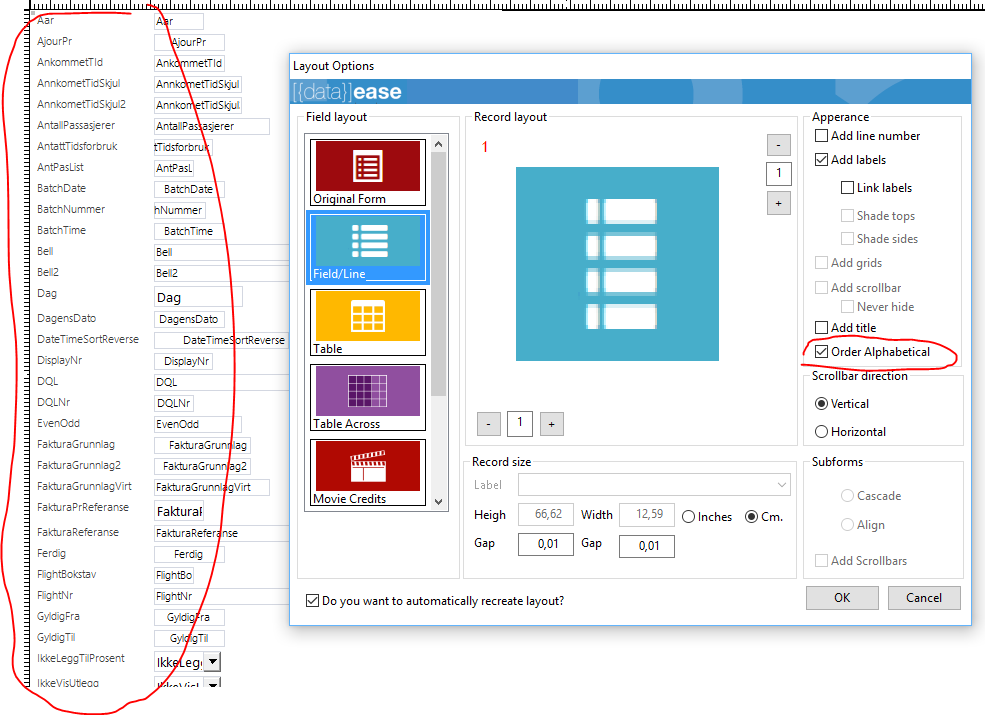 These are really good improvements.

But, we also need full details in the Status >> Imports