Started by Godfrey
Search
You will need to Sign In to be able to add or comment on the forum!

How can i prevent a user from accessing Catalog when i or someone installs DataEase 8.5 Developer on a machine with my applications.
If i remove Show Catalog in Application--Preferences the User Main Menu will intially show File,View,Application, Help menu.
Then the user can simply go to View Catalog and he/she will be able to temper with the records

The best way is to use the Player instead of the developer.
Download Player! 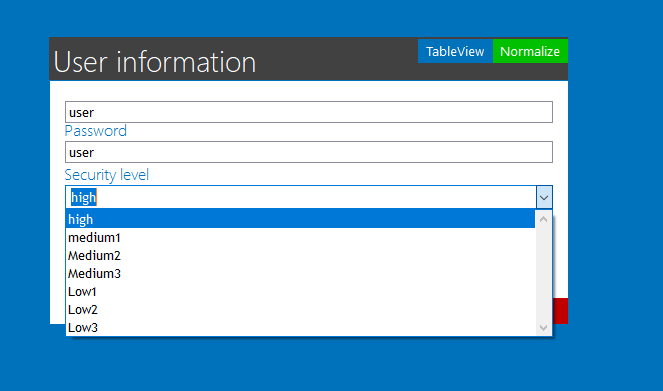 Second way is to use the built in security system, which will allow you to limit what user level can access forms to edit them etc. 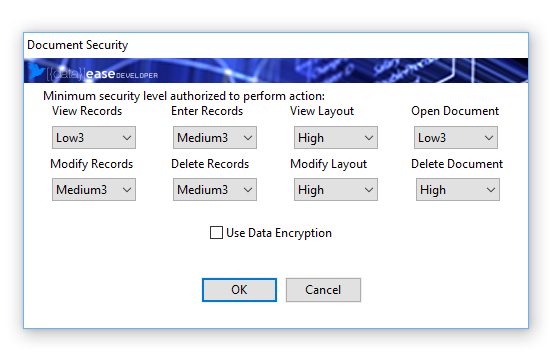 These can obviously be adapted for each form/document.

You also have security down to field level so you can disable fields in a form for particular users: 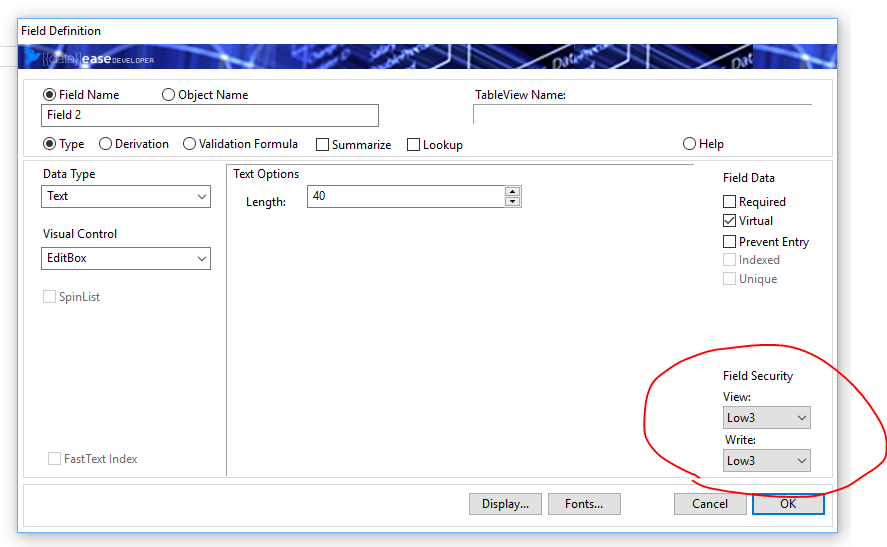 Third way is to customise the file menu so your users can't access the features you don't want them too.

You can show and hide file menu/tab bar/toolbar etc. on form level by using SetCurrent("FileMenu","Off") etc.

The player is designed specially to run an application and by default it will have file menu/tab bar and/Tool bar switched off.

The developer is a "poor" runtime tool as it is designed to develop the application and not run it so if you use it in runtime it is hard to control the users as all the standard menus/toolbars etc. has shortcuts designed for the develoepr which is very handy for users if they want to do "harm" ;-).

The best way to control your application is to design it for the player and run it without the default toolbar/file menu by including all the user need in the forms i.e create your own menus and tool bars in the forms.