Our current Test version is now "old", and as a lot of you would have found out, it no longer works.

We have made giant leaps forward since the last test version, but before we release the next "preview" version, we want to test some of the features ourselves. 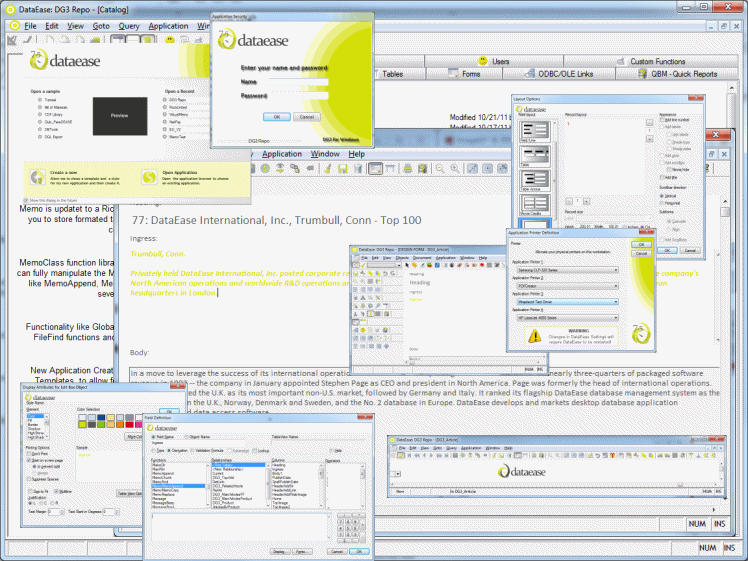 We are already in DG3 territory, so one of the things we have chosen to with both 7.5 and 6.53 is to give them a DG3 "theme". We felt that 7.2 was beginning to look a little "dated", and one of the biggest complaints we have got about 6.52 is that it looks like a "blast from the past", on the desktop. In 6.53 the point is to make it look current, when in reality it is the exact same version, in 7.5 it is a completely new version, with more genuinely new functionality than any previous version of DFW.

One problem that has been with DFW from the start has been configuration of a new application. When you chose style, you chose it for Form, Report and DQL. You might want a style with loads of colours for form, but you want a plain one for reports and DQLs. Over the years, it was fixed so you could select this in Properties, but there was no way to do this for New apps, except manually. 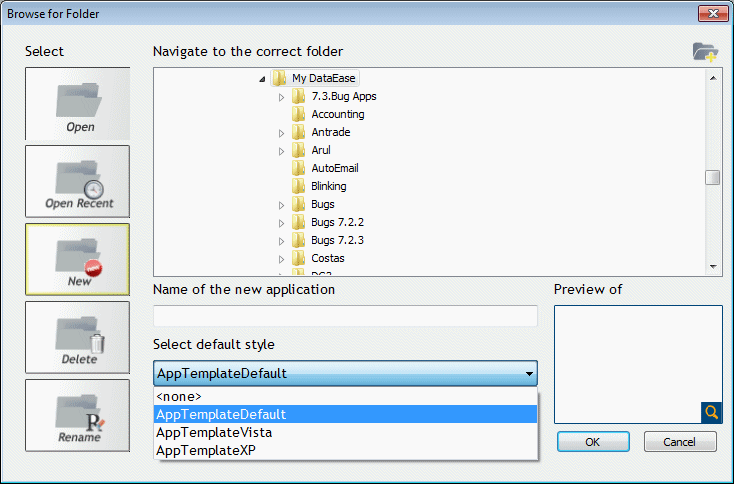 With the new functionality we make your new app from a Template App. This app is a fully functional DFW app, that can be configured as much as you like. Add forms, reports, examples, styles, CDF's etc. Whatever you can do in DataEase you can now get as a starting point in your New Application.

We have created an automated functionality, that will load up all the official DataEase CDF's when you create a new application, or when you upgrade a 7.x application to 7.5. If you have a CDF that you want us to add to the "standard" library, just forward it to us and we will include it if we find the functionality is useful for the general public. Make sure that you have the intellectual property rights to the code. At the moment we haven't decided which functions to include, but the functionality is implemented and works. 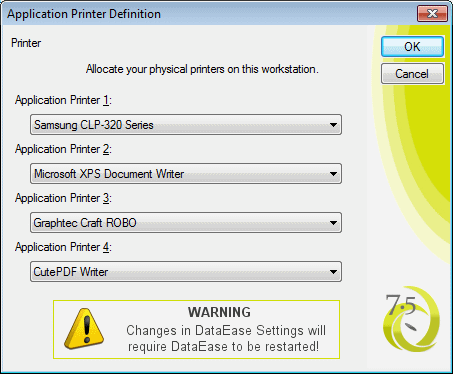 When you create your reports/prints, you reference them as Printer 1-4 under Predefined Printers. You will need to check for "Print without displaying dialog" to direct the print automatically to the correct printer. If you do not check this, you will get the normal print select dialog when you print, and you will have to choose the printer you want to use. 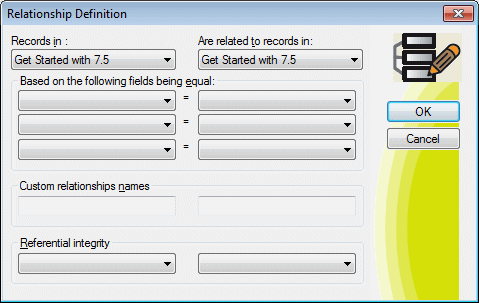 This is all quite stupid, since you very often want to use the current form and a field in the current form (not saved) as part of the relationship. Everyone that has used DataEase a bit, also know that a Relationship without field restraint, is a "Hidden jewel" feature in DataEase. In 7.5 we have removed all these constraints, and you can now create relationships via the